Particle Physics with Neutrons at the ESS 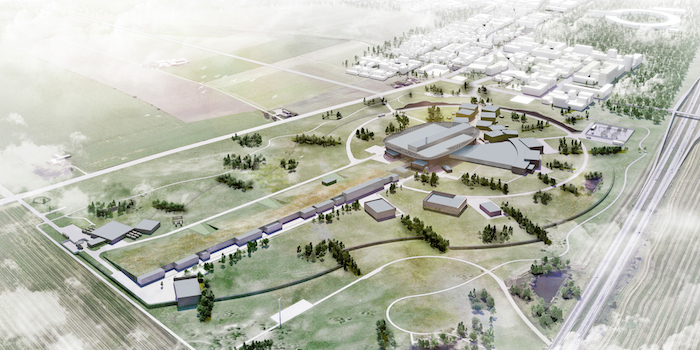 Presently under construction, the European Spallation Source (ESS) will be the world's most powerful neutron source. This Nordita workshop which will take place in Stockholm will study the capability of the ESS to develop a unique program of experimental particle physics at the intensity and precision frontiers. Experiments at the ESS can address central open questions in modern physics such as the mechanism of baryogenesis, the strong CP problem, and the nature of dark matter. The experiments have sensitivity to particles and processes beyond the Standard Model at mass scales beyond that available at colliders.

All covered topics will be studied in the context of studying the technical potential of the ESS, the optimization of signatures and experimental search strategies, and the complementarity with the existing and planned collider and non-collider programs. In addition, there will be a dedicated day for the NNBAR experiment which is focused on the first two items below.

Mirror particles are predicted in models which restore parity symmetry to the SM. The existence of such a dark sector of particles can explain dark matter. Mirror baryons as dark matter can be probed via several cosmological tests and also via direct detection with different portals. Mirror neutrinos can be natural candidates for sterile neutrinos, and the electrically neutral neutron offers one of other portals to the dark sector which violate baryon number by one unit. The distribution of the decay products in space and energy can be parameterized by correlation coefficients. Neutron decays can be parameterised by correlation coefficients. Precision measurements can study a range of observables sensitive to these parameters. Physics beyond the SM predicts additional interactions, such as V+A, scalar or tensor interactions. The theoretical framework only assumes Lorentz invariance but no specific properties of the new physics. Therefore, neutron beta decay is a “broad band” probe for physics beyond the SM. Searches for a non-zero neutron electric dipole moment (nEDM) are a critical component of the worldwide experimental particle physics program. Searches address the strong CP problem and are highly sensitive to new physics processes in which CP-violation occurs. Intra-nucleon parity-violating interactions arise from an interplay of strong and weak interactions between quarks. The short range of the weak force allows a unique insight into the strong dynamics and thus quark confinement. The weak component of the nuclear force in systems of a few nucleons can be probed via neutron scattering.